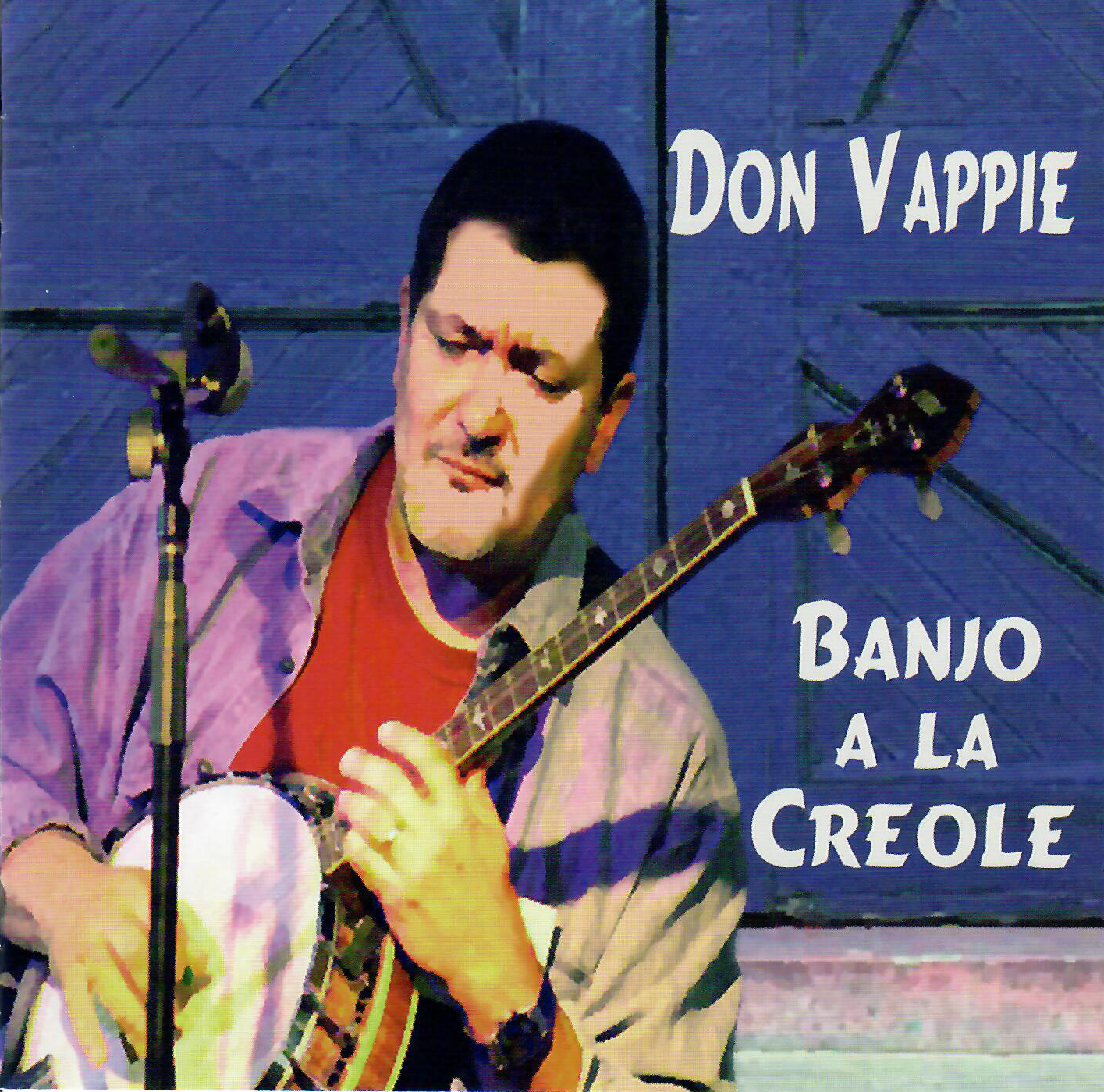 Banjo a la Creole is a studio album by Don Vappie that features the banjo as a lead instrument, playing melodies while being accompanied by the rhythm section. 8 of the 14 of the tracks are Vappie's original compositions and demonstrate his vision as well as his evolution as a tenor banjoist. A few draw on the influences of Haiti and it's infusion into the creole culture of southeast Louisiana. Others draw from Don's earlier days as a funk bass guitar player. And one track, Grassy Blue, is an unlikely fusion of bluegrass and funk. But then, Vappie is not your ordinary banjo player.

A multi-instrumentalist, instruments played by Vappie on this album include banjo, guitar, mandolin, bass, cornet, percussion and vocals. The album features a number of well known New Orleans musicians.