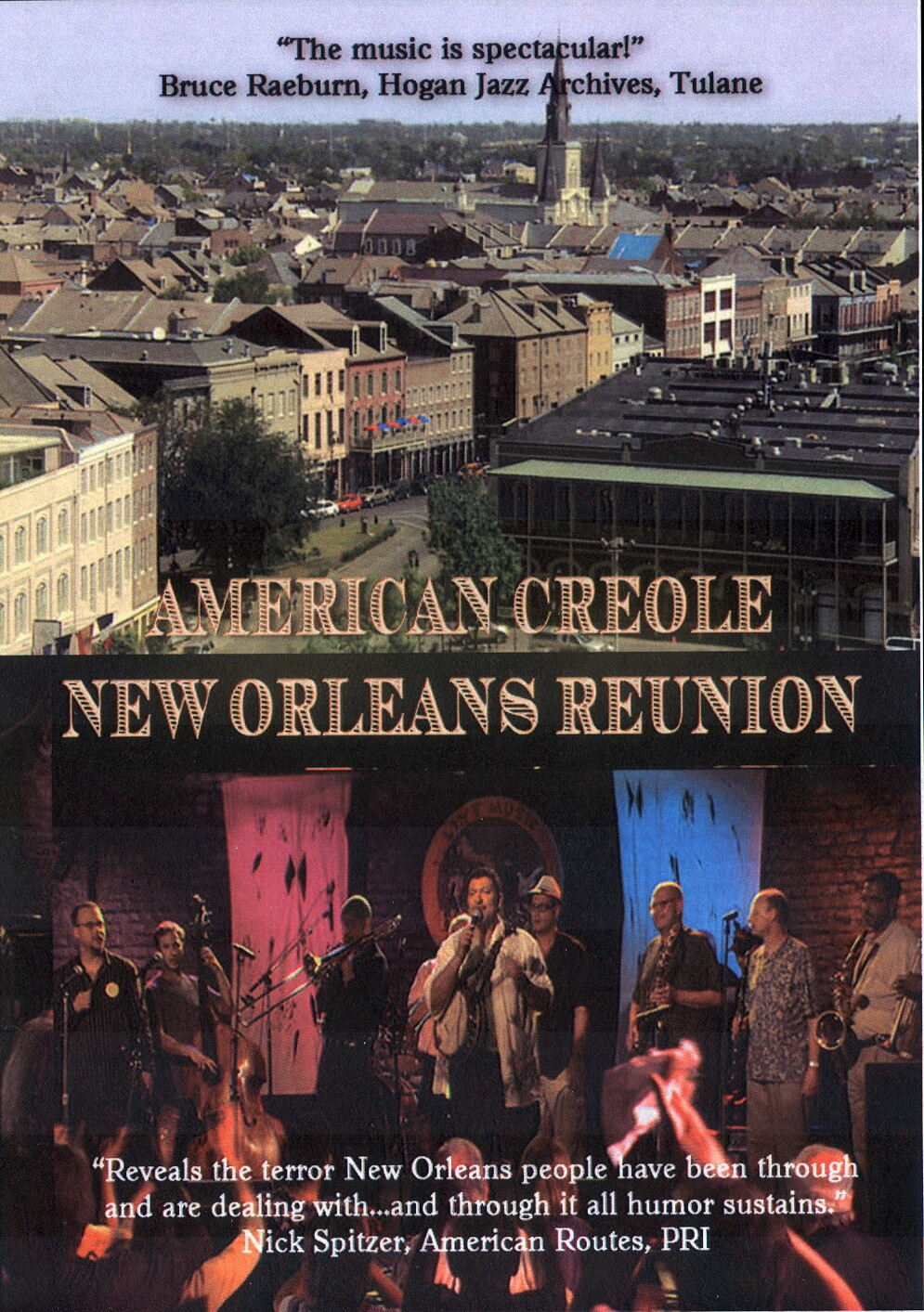 A rising star of New Orleans jazz finds his sidemen scattered by Katrina, his flooded-out Mom sleeping on his couch, and his 8-year-old grandson clamoring to join the band. American Creole: New Orleans Reunion takes the audience on a tour of the front lines of a devastated city's cultural rebirth: offstage, where race is infinitely more nuanced than black or white; backstage, where which instrument you play can be a political statement; and joyously onstage, where the only thing that matters is music, and local legends make it cook.